The history of U14 Slovenia ball tournament begun in 2004, with the generation of players (boys and girls) born in 1990. The very first tournament was organized in three days where each team played 3 games in boys and separetely, in girls category. The annual and Europe biggest U14 national teams tournament has been interrupted in the second year (2005) due to organization problems and in the year 2020, due to the Covid-19 pandemic outbreak.

The number of participating teams rose each year, from starting 8 teams in 2004 to 20 teams, which competed in the years 2018 and 2019. Raising number of interested national teams forced Slovenian basketball Federation to take even higher number of participants into consideration. Therefore the following tournament in 2021 will be hosting 12 girls' and 12 boys' national teams for the first time in the history of Slovenia ball.

Quality and quantity of the participating teams was on the rise, so consequently the whole organization of the tournament was forced to be placed on the higher level each year. The first big step in organization came in 2010, when U14 Slovenia ball tournament was lenghthen by one day, to total 4 playing days. It took 7 years to the next big step, when in 2017 Slovenian basketball Federation held the first tournament separately for girls, and one week later for boys.

The following year 2018 was groundbreaking due to the first live streaming coverage. The final day games were live streamed on the Youtube channel. Vast number of views pushed the organization to take all games in the next tournament in 2019 to be live streamed. In total, 60 games in both categories on 15th U14 Slovenia ball in 2019 was viewed by over 150,000+ viewers. Combined, 18 different European U14 national teams participated in the past Slovenia ball tournaments from the begginig.

Next big step is about to come in following year 2021, when U14 Slovenia ball tournament is going to be held in 5 days (one additional day). The ultimate goal for U14 Slovenia ball tournament is to host 16 boys' and 16 girls' national teams, divided into 4 preliminary groups with quarter final matches leading to the final match. The upcoming tournament with 16 teams is going to be organized in 7 days, with 6 playing days and one free day for all the participating teams. 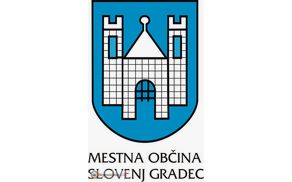